NeHollywood… You have to wonder what Mr.David left for a tip? and Tom Werner must have had A La Valentine noodles.

NeHollywood.com …Wow what a crib,great greens, I’ll offer to mow the lawn for her if needed..The sounds of Taylor’s music will fill the Kennedy compound. 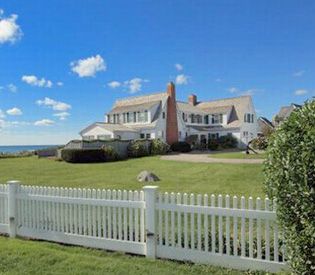 NeHollywood.com A major kudos to Independent Film Producer and Director Kevin Diabaco for shooting Dark Minds in the local area.

Gardiner businesses featured in film | The Kennebec Journal, Augusta, ME.

NeHollywood.com Glad to see the cameras roll in the Kennebec Valley,great for the film community in Central Maine. A big NeHollywood.com kudos to Diabaco Films.

NeHollywood.com GrownUps2 movie finally wrapped and the cast and crew held their wrap party,This article from the Swampscott Patch shows some of the fan photos to the sets posing with the stars such as Adam Sandler,Kevin James,David Spade,The Shaq,Alexander Ludwig,Peter Dante,Taylor Lautner and other GrownUps2 stars. NeHollywood.com enjoyed posting the casting notices from the Sande Alessi Casting of Boston and the updates,what a great time in New England Film history.Can’t wait to see this one. Thank you to all of my inside sources for your photos,truly appreciated! You guys and gals rocked!

Rumor has it that there are many more films in the New England Film pipeline to be made. The Massachusetts Film Tax credits are clearly working! Next!