Can James Franco save JFK?Hulu released the first full-length trailer Saturday for its upcoming limited series 11.22.63, based on Stephen King’s bestseller. Franco plays Jake Epping, an English teacher who travels back in time to prevent the assassination of President John F. Kennedy, but from the looks of it, the past has other plans.The series comes from executive producers Bridget Carpenter and J.J. Abrams, who beat Franco in the race to option the book. “I emailed [King] … and said, ‘Could I do something with this?’ because I heard he’s pretty generous with his options,” Franco said Saturday at the Television Critics Association previews. “He said, ‘Sorry, J.J. Abrams is doing something.’ … Not long after that, I got an email from J.J. asking if I wanted to be in it.”The multi-hyphenate says he was drawn to the project because it’s a new avenue in to a story that has morphed into legend of sort. “It’s this horrific event, but it has this cast of legend over it now,” he said. “I thought this story and this approach was so great because it’s a fresh way in. We’re not exactly telling a history lesson. With Jake Epping, a time-traveler, you have a new way in to the story. You get to learn everything all over again but from a completely fresh perspective that we haven’t really kind of seen before. It’s a way to guide a new generation into what happened.”As with any book adaptation, there will be a few tweaks to the series, which also stars Chris Cooper, Josh Duhamel and T.R. Knight, including giving Jake a pal in the past to interact with to avoid an over-reliance on voiceovers. “Stephen King responded so positively to so many of these ideas,” Abrams said. “I was unsure [if he would embrace them]. They were necessary and he saw that.”11.22.63 premieres on President’s Day, Feb. 15. Watch the trailer below. Other Links From TVGuide.com 11/22/63James FrancoJ.J. Abrams

Source: Watch James Franco Time-Travel to Save JFK in the First Trailer for 11.22.63

NeHollywood.com Awesome! I support this move by Lena Dunham

Mark Ruffalo went on The Tonight Show with Jimmy Fallon to talk about his two films up for Golden Globes this weekend.

NeHollywood.com Big fan of your movies Mr.Ruffalo and kudos to you for your Golden Globes nod! 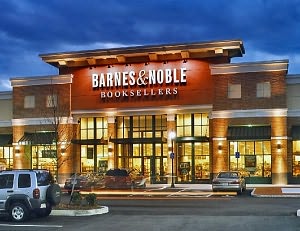 NeHollywood.com Finest Hours Author Casey Sherman will be at Hingham’s Barnes and Nobles Book store today at 2pm,Come meet him and get a signed copy of his book “Finest Hours” If you happen to snap a few pictures of Casey and you or your family…email em to me and I’ll post a few here at NeHollywood.com email em to me at goedeckephotography@gmail.com also provide your name and where you are from.Thank you!